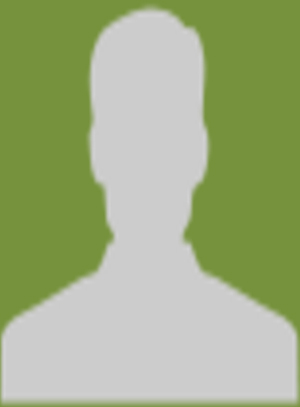 Giving it all to Alpha

Everyone - I will only be revealing the venue (when I've got round to booking one that is) to those who join the mailing list.

In 1963 a loose collective of musicians began backing the A-list of singers on Coxsone Dodd’s Studio One label to produce a string of ska hits. By May 1964 they were calling themselves the Skatalites and, in the short time until their demise in 1965, they had created a legend that defined ska and left an indelible imprint on the development of reggae. It is only a mild exaggeration to say that every notable tune from that era involved them.

Among their formidable number were Tommy McCook, Johnny “Dizzy” Moore, Lester Sterling and Don Drummond, all of whom learnt their craft at Alpha Boys’ School on South Camp Road in Kingston, Jamaica. The Alpha Boys' School was founded in the 1880's, and is run by Roman Catholic nuns as a home for boys in need of care and protection. Abandoned, abused, orphaned, incorrigible - it provides these boys with a home, an education and practical training.

For many this training comes in the form of the school’s musical programme. After the arrival of Sister Mary Ignatius Davies in 1939 the programme matured and went on to gain a unique stature during the jazz-era of the 1940s and '50s. It was during this period that McCook, Moore, Sterling and Drummond gained their apprenticeship at the school.

Some more reasons why the school needs our money: Alpha graduates - Rico Rodriquez, Vin Gordon, Bobby Ellis, Leroy Wallace, Cedric ‘Im’ Brooks and former Alpha bandmaster Lennie Hibbert. All of whom have made their own important contribution to reggae’s greatness. Alpha Boys’ School’s place in the history of Jamaican music is assured but it can’t survive and produce future generations of musicians without funding.

For more information on Alpha, to give a donation or to buy some of the nice things they have for sale, check out the official Alpha Boys School website

I am now the proud owner of a sweet-sounding, 500 watt, JBL mobile disco and some pretty disco lights.

I usually charge £250 inclusive - although this can vary if the event is either very long, very late (e.g. an all-nighter) or very far away from where I live in Barnet, North London. I am very happy to discuss your specific event and needs.

Born in Jamaica in the late 1960s, reggae music became soon the most popular music genre there, and not only there, but also in other country. This music is known in the whole world by its cool sound and interesting lyrics that soon became popular among younger, but also older people. In case you are new to the reggae world and want to hear some famous names you must have heard of than here they are: Larry Marshall, Peter Tosh, Bunny Wailer, Coxsone Dodd and Eric Clapton. But if they don't ring a bell, than will Bob Marley most certainly do it.

The first of them must be the Electric Brixton reggae, dub, ska and hip hop club. It is located in Brixton and can give you a night that you and your escort Paris will remember, or not in case you get too drunk. But one thing is certain - the music is great, the atmosphere is better and the people are the best in London. So go and prepare yourself, and go off the internet, because an escort Paris can make you stay the whole night online. Reggae music like nowhere else

The Bashment Party: Spring Carnival at The Coronet is one more reason to go to London, this event takes place in 28 New Kent Road, The Borough, so it's near everything important in London. But that is not important, because for the atmosphere they can get there many people would travel across the world. They have also DJs there and it is not a reggae exclusive place, so you will hear other music too. DJs like DJ Nate, Invasion Crew, English Fire, Supa Nytro, QT 2 Hype, Grizzli, DJ Swivo, Jam Masters and others will be there to prepare you for a night you could never be able to even imagine.

The real, true and only reggae event in London is the Dennis Alcapone at The Forge. This is a one-time only opportunity to enjoy music played by the famous reggae rapper DJ Alcapone. You can also dance there with your escort Paris because it is a dancehall and it even meet new people and get the time of your life. It takes place on 1st of July, so be sure to go to London in that time and buy the tickets, because they will be sold out pretty soon.

Visions Video Bar at the Kingsland Road in Dalston, London is one of those night clubs where you can relax, enjoy your free time, but also get on the dance floor and have a crazy night to remember. They play reggae, hip hop, R&B and Jazz music there. The prices are not high and the entrance is only 5 pounds.